The Master Sommelier Journey is a Team Sport 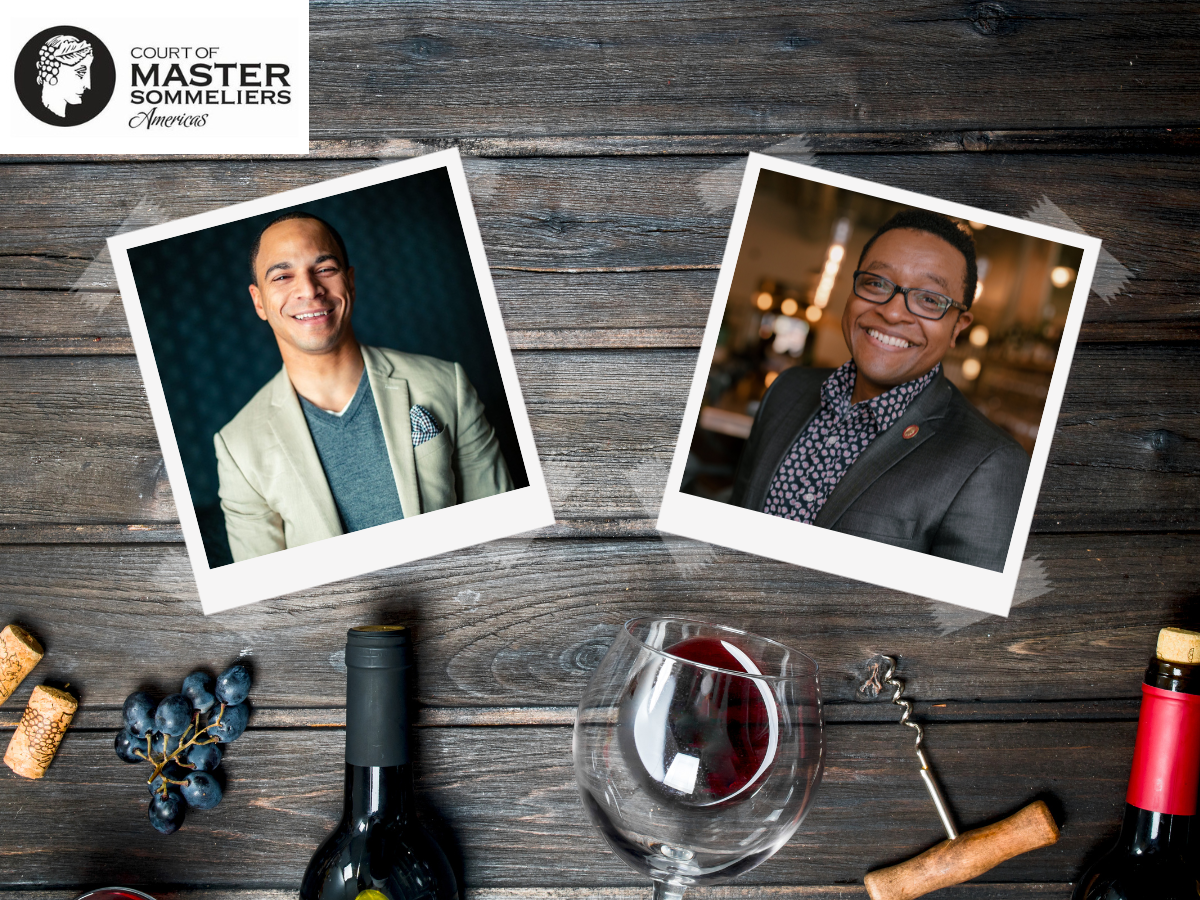 Two of the Four Black Master Sommeliers share their commitment to the profession and to each other.

When Master Sommelier Chris Gaither was pinned earlier this year, the media narrative quickly spread around. Primarily focused on Chris as a black master sommelier.

But for Chris and Court of Master Sommeliers’ Diversity Committee Chair Vincent Morrow, this isn’t the whole story. Both Chris and Vincent highlighted the exam as the ultimate meritocracy, one that shouldn’t necessarily focus on race.

“The exam is a meritocracy, so people that passed, earned it,” said Morrow. “For us to say anything else other than their hard work is attributed to the diversity of the class would be misleading. We could just as easily have the exam next year and it would not be as diverse. Seeing first hand all the work that Chris and others in the class have put in, the credit goes to them.”

“That’s accurate. This was my seventh attempt, I started in 2015, had I passed then, maybe we’d be having that conversation back then.” Chris added. “Others who are considered to be adding to the diversity of this class have been testing for years. So, perhaps it’s a coincidence that all of the people that passed, did so this year. Everyone is pushing at their own pace.”

Like many organizations, there has been a spotlight on diversity in wine over the past two years, with significant focus on the highest levels of the industry, including the Court of Master Sommeliers. CMS has spent considerable time working to help improve the amount of diverse candidates.

Starting with the appointment of Emily Wines to the Board of Directors, CMS set out to change the narrative when it comes to their organization and diversity in wine. They’ve since created an Anti-Racism Pledge to document their commitments to diversity and inclusion and held listening sessions to discuss actions for the future. This isn’t something they expect to see change in the short term, they are in it for the long game.

“The work we’re putting in now is about bringing people in from the beginning rather than showing up and giving people pins,” Morrow said. “The work we’re doing is long-term work; it’s not for tomorrow or the next day. The results of that will hopefully come 5-10 years from now and be more fruitful and long-standing”

Wine education is a team sport

As they discussed their paths to taking, and eventually passing, the Court of Master Sommelier exams, both Chris and Vincent revealed an important aspect of the journey, it’s a group effort. It’s obvious how each individual must prepare and pass one of the wine industry’s most intense exam on their own. But it’s enlightening how much group work and mentoring contributes their individual journeys to success.

“It’s 100% a team sport to get you prepared, but in that moment you have to synthesize all of that and make it happen yourself,” said Vincent. “But when I found out Chris passed, it felt like another pass for me. You want everyone to get through it, but it’s not always how it works. So it still feels like you’re testing, in a way, when you have people that are still going through it, even when you’re on the other side.”

“Nobody passes this exam by themselves, you have to work with other people,” Chris said. “One of the big things that makes it so rewarding is that you have so many other people who either came

Both Chris and Vincent still felt this moment deeply as they detailed their long journeys through the industry. Vincent moved to Sonoma in 2005 to attend Sonoma State and learned of the exam in 2010. He ultimately passed it in 2018. Also in 2010, Chris moved to California as an intern with the famed French Laundry, where Vincent was also working. Chris began his journey soon after, with the most recent exam being his 7th attempt.

Now that Chris is an MS, he can put more focus into his restaurant, Ungrafted. With more time he can begin pouring back into the institution that’s given him his stripes in wine. As for Vincent, he is focused on pouring more of himself into CMS and its diversity efforts.

“I’m throwing more and more of myself into the Court. We’re trying to build a hospitality group in Napa (which is not easy to do!). Dealing with the day to day challenges of running a big wine program, my involvement in the Court and continuing to study.” said Vincent. “Sometimes it’s hard to see too far in the future but slowly and surely that is becoming more clear.”

“I see continuing to run successful businesses, opening another restaurant. Participating in proctoring exams and being an active and contributing member of the court. I’m looking forward to mentoring more people as well.” Chris added. “There’s never a dull moment, there’s always a lot of work to do, but it’s very fun and very rewarding.”

Only time will tell when we will see the 5th, or 15th black master sommelier. But one thing is for sure, there will be members of the court rooting for them, guiding them, and pushing them all the way to the finish line.