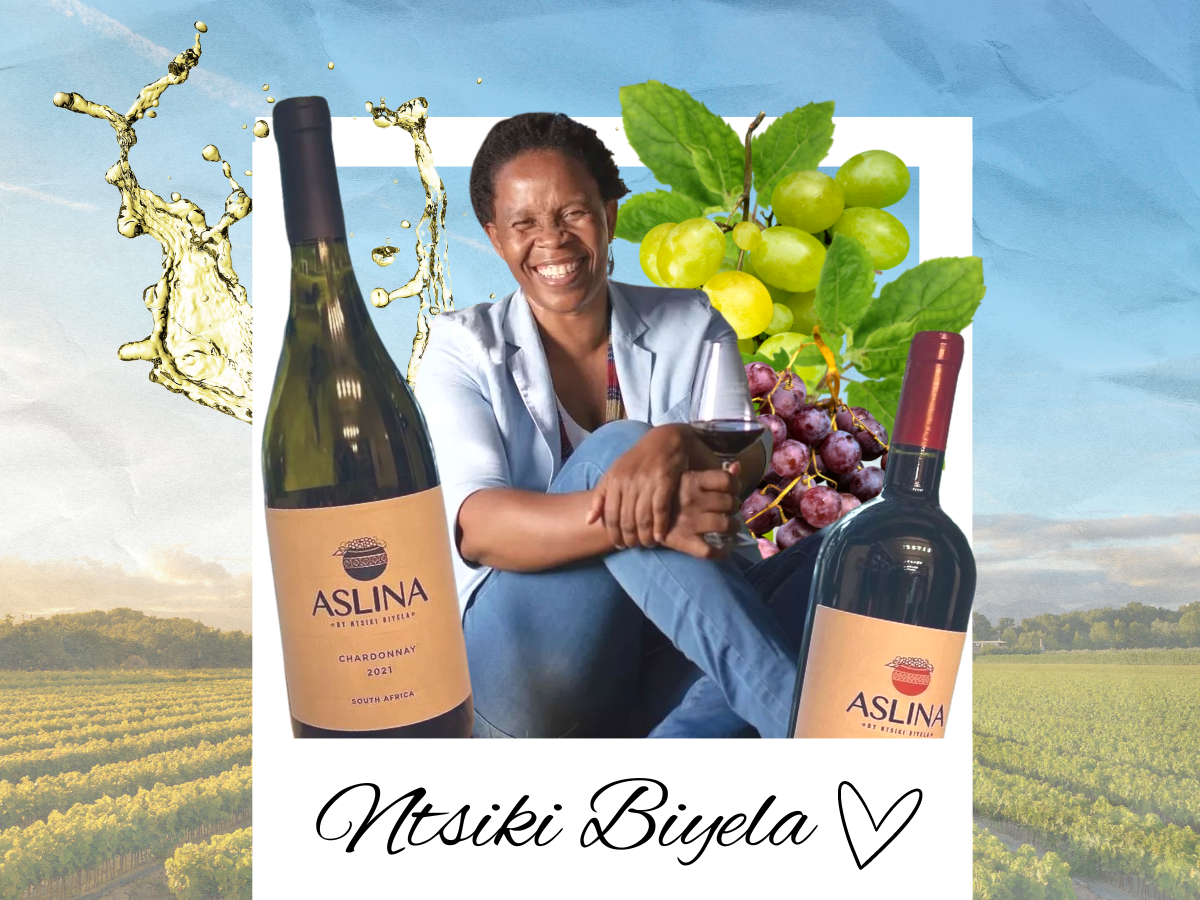 Just ahead of the wine world descending into Capetown for Cape Wine 2022, South African winemaker Ntsiki Biyela traveled across the United States to promote her collection of Aslina Wines to deepen her stateside relationships with wine consumers and professionals alike. Through a national tasting tour, she visited different cities from east to west and everywhere in between including Los Angeles, San Francisco, Atlanta, Virginia, Maryland, Texas, Detroit, New York, Pennsylvania, and Massachusetts.

Experiences included a meet & greet with the “Aslina wine squad” through food and wine pairings with a proper traditional Braai at Manhattan’s only South African restaurant, Kaia Wine Bar. Guests enjoyed live music, and an array of South African fare like Pap & Chakalaka, a delicious vegetable stew made with tomatoes, peppers, carrots, and onions and served with corn meal similar to polenta.

“Wherever I go, I put in a touch of me, a touch of South Africa, and a touch of my heritage”, Nstiki shares the importance of experiencing her wine firsthand, because “people wanna know what they are tasting and what flavors they should pick up.”

She is the first Black woman to produce South African wine, starting her brand in 2016. Though around 80% of South Africa is Black, the number of Black winemakers in the country has a similar makeup to the United States, where less than 1% of wineries have black-owned wine. “In South Africa, the black population is 88% but a very small percentage are Black people in power,” she said in an interview with Uncorked and Cultured. “It’s one of those stats that doesn’t make sense.”

This representation is something Ntsiki hopes to address, as a board member of the Pinotage Youth Development Academy, which provides training and personal development for black winemakers in South Africa and prepares them for work in the wine and tourism industries. WATCH FULL INTERVIEW: https://youtu.be/CSaXk0E2gV8 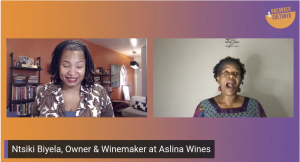 Ntsiki herself didn’t have an academy like this to join the South African wine industry, and black-owned wine was hard to come by. Ntsiki was born in a small village in KwaZulu-Natal. She had considered engineering as a field of study but eventually found herself with a scholarship to study wine at Stellenbosch University in 1999. After completing her studies she continued to work in wine, collaborating with Helen Keplinger, winemaker for Keplinger Wines.

It was there her ambition grew to start her own brand. Aslina Wines is named after her grandmother, Aslina, and quickly became a household name in the U.S., though it took a while to take hold in her native South Africa. Over her five years in wine, she won awards from organizations like Decanter and the International Wine and Spirit Competition, quite an accomplishment for any Black winemaker, especially from abroad.

The U.S. grand tasting tour brought Ntsiki’s South African wine and unique tasting experiences to the states. With support from her importer Wine For The World, she promoted all four of her wines available for purchase at wine retailers across the country, including your local Total Wine & More.:

You can still find all of these wines at Unwined VA if you’re in the Virginia region. You can also find the Umsasane blend at your local Total Wine & More. As for Ntsiki herself, rest assured, this Black winemaker will be back to share her South African wine with the states soon. Be sure to follow Aslina on Instagram @Aslina_Wines to stay in the loop!