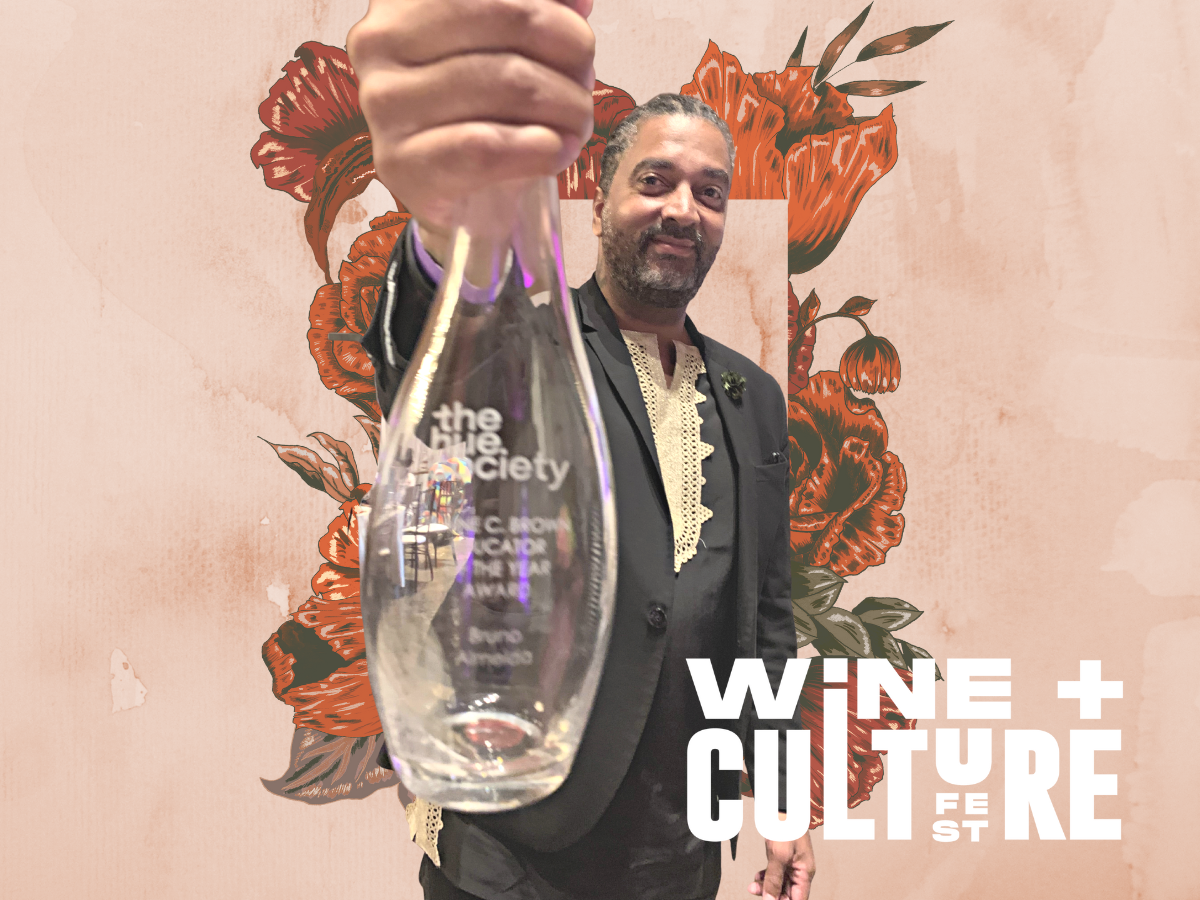 Black wine professionals across the country received their roses at the Wine + Culture Fest.

The 2022 Wine and Culture Fest came to Atlanta, Georgia in August.  The event is run by The Hue Society, founded by change agent and sommelier Tahiirah Habibi in 2017, as part of an initiative to increase “Black, Brown, and Indigenous representation and access in the wine industry.” Filled with back-to-back events, Black American and Diasporic wine lovers, from across the nation, were in attendance.  The Exploring South Africa Food and Wines event kicked off the start of festivities on August 11. The Cookout (August 12) and R.I.C.E. (Rising In Communities Every Day-August 13) further added to the versatility of the 2022 Wine and Culture Fest. However, when it came to the aesthetics of Black wine stories, it was the finale, Roses and Rosé Awards Brunch, that revealed a special world of wine festivities, within Black culture.

The Roses and Rosé Awards is a celebratory event for Black American winemakers and enthusiasts celebrating wine, fine dining, and luxury through a shared cultural experience.  The positioning of roses, while in their myriad coloring, was symbolic of holistic re-connections with the Earth.  Whether Black American wine culture is still considered a phenomenon, there was a magical essence throughout this celebratory experience. The ceremony was altogether an example of “Black Excellence” in wine, existing in modern reality, where “assimilation is not required.” Live performances of Jazz, Soul, and Hip Hop reimagined to R&B were like silkened glitter blowing throughout the air. Fashion, southern cuisine by Chef Samone Lette, and the dimensional use of projection with graphic design and video elevated attendees into a magical world of roses at The West Venue.

“This is my first award and validation always crosses my path. I always have to prove myself and I am tired. We are tired! So this is to all of you and this is for my mother.” – Bruno Almeida, NYC Sommelier, and winner of Educator of the Year passionate acceptance speech detailed his laborious career journey from Portugal to New York. 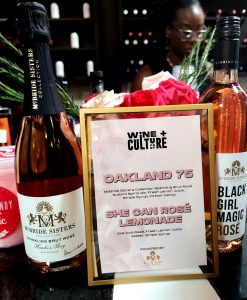 Bruno shared his challenges navigating the wine industry, his dedication, and his fortitude as a Black wine educator and serious Portuguese wine advocate. Above all, notable chefs, winemakers, professionals, entrepreneurs, and industry leaders took to the stage to receive their awards, where their stories of gratitude and humility vibrated in each wine glass.

In many ways, the event was a victory for those paving the way for Black wine culture – the known and unknown. It’s also a tribute to the beginning of the Black American wine experience; which started in 1940, by John June Lewis, Sr., who became the first Black winemaker.  The Hue Society paid homage to John when they opened their first chapter in NYC, affectionately known as ‘JJL,’ bearing his name. He opened the first Black-owned winery in Clarksville, Virginia; known as Woburn Winery. His legacy prevails and it is through the spirit of luxury and fine wine, that the humanity and artistry of Black American people are re-born. This time, our humanity lays holistic luxury on the Earth from grape to glass.

It must be remembered that dance, more music, and ultimate vibes continued the tradition of Black American storytelling throughout each day and night of the Wine + Culture Fest. Picture taking, conversation, networking, and fine wine were part of the story.

Celebrating the Future of Wine is Diverse 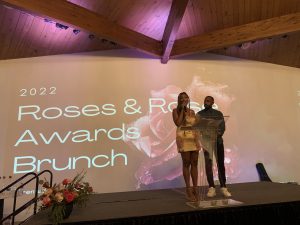 Ray delved deep into his humble beginnings from Compton to becoming the Head Sommelier at the prestigious Michael’s Genuine Food & Drink in Miami. He shared the impact of his career growth from beverage manager to running a wine program at a restaurant. Each speech spotlighted the growth and possibility of the future of wine for Black and Brown wine professionals.

As a result, it was a time to remember, where victory stories triumphed over poverty and hardship. The stories have been written, for future generations to read. H’ordeuvres in hand, brings many smiles, great conversation, and Soulful vibes. Savoring eloquent sips from our rose-colored glasses; we toasted to a memorable moment of Black culture + fine wine!

Awardees Of The 2022 Roses and Rose Awards Brunch