The History and Impact of Black Winemakers in the United States 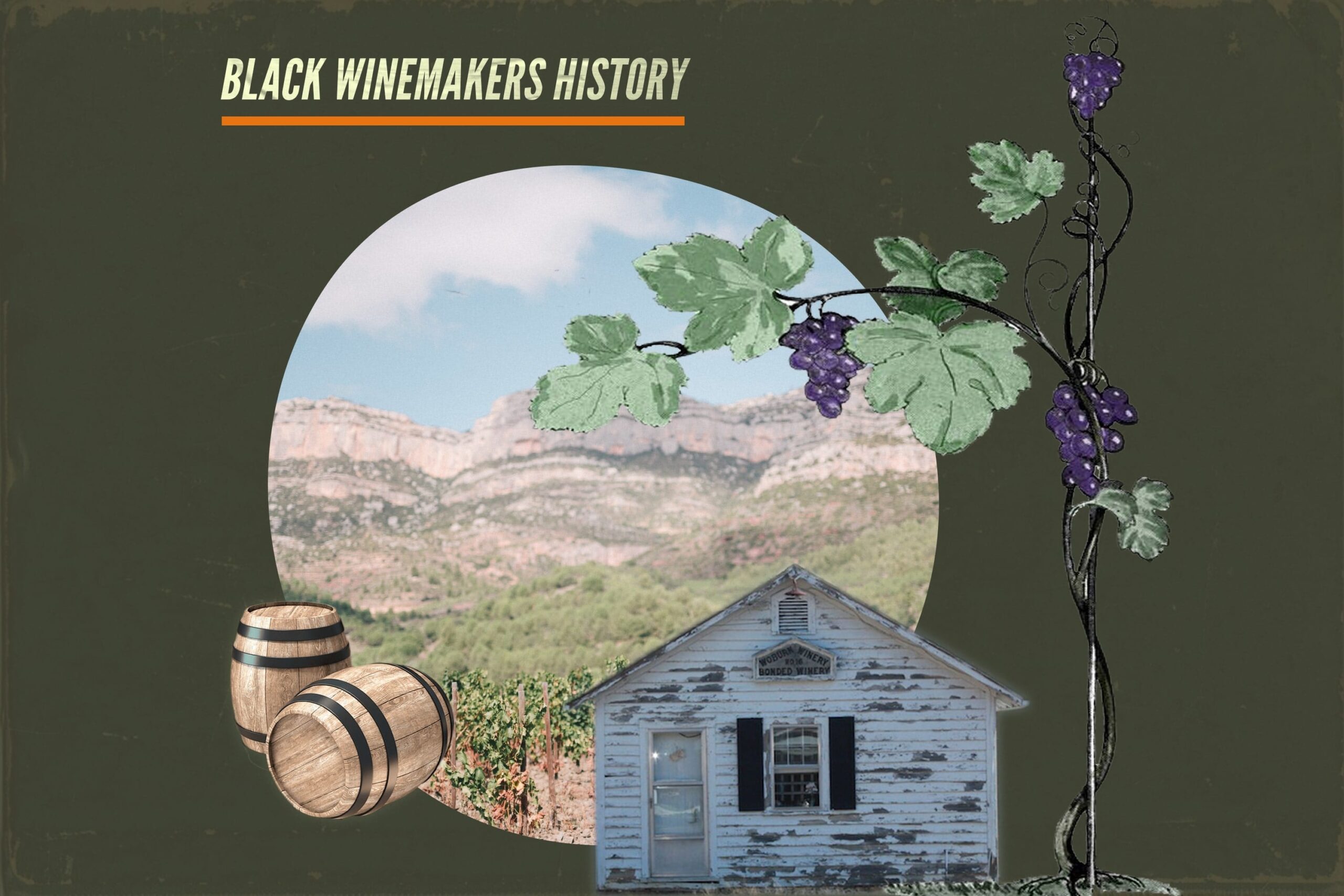 Wine production is a lifelong passion that many winemakers enjoy. This wonderful undertaking allows people to strengthen their affinity to nature by growing plump grapes in the vineyard that will later be distilled into a bottle. Even so, the transfer of winemaking or vineyard ownership was considered to be an anomaly in the Black community. For several decades, modern fine wine was (and occasionally still is) an exclusive ritzy club that only people of a certain complexion could join. Despite their $1.2 trillion spending power, African Americans were heavily barred from producing, tasting, and touring the glamorous bottles you see at your local winery today. Socioeconomics is partially responsible for the scant history of African American wine connoisseurs and producers in this country. Despite the oftentimes polarizing and exclusionary nature of the wine industry, we’ve seen it experience a period of evolution over time, with Black entrepreneurs making a huge splash in a multitude of ways; so, grab your glass, pour yourself your favorite bottle of bubbly, and let’s explore the history of African American winemakers!

Americans of African descent have produced alcohol in different formats, but vineyard ownership and wine production were pastimes reserved for wealthy white people. Historical records reveal that African Americans first appeared as vineyard laborers for Thomas Jefferson, who had a palette for French and Italian wines. Over the country’s history, African American contributions to the wine business appeared to be scarce, however; Marcia Jones, the founder of Urban Connoisseurs, counteracts this assumption. “The numbers have always been there. When I hear people today say, ‘wow I didn’t know there were that many Black winemakers,’ google it, it’s out there. We’re in so many industries, why not wine?” Jones has made it her mission to support Black American winemakers. Her nonprofit, Urban Connoisseurs, supports Black wineries, vineyards, and winemakers trying to break into the industry. The organization functions as a sales and marketing liaison, promoting wineries by facilitating key relationships with retailers in an effort to sell their brands.

Jones explains the difficulty of circulating your wine bottles on a mass scale. “Sales for distribution is its own baby… you have to convince a retailer to put unknown wine on their shelves. Most of the time they want to put you down on the bottom shelf because you’re starting off new. They’re saying ‘we don’t know your brand; we don’t know how well it’s going to do. That top shelf earned that spot.’” Sales distribution compounded with implicit bias, systemic racism, lack of promotion, and invisibility are factors that have kept the number of Black winemakers relatively low. Although there are more than 8,000 wineries in the U.S., only one-tenth of one percent of its winemakers and brand owners are Black, according to Phil Long, president of the Association of African American Vintners (AAAV) and owner of Longevity Winery in the California Bay Area. Jones hopes to raise awareness about Black wine entrepreneurship through her upcoming documentary, “Journey between the Vines: The Black Winemaker’s Story,” a film that follows the lives of six Black winemakers and vineyard owners who embark on cultivating extraordinary wines to appease your tastebuds.

The documentary explores the overlooked commercial movement from grapes to glass in the Black American community, which began on plantation land formerly owned by the Burwell family. Granted land by the family, John June Lewis Sr. bestowed his passion and expertise of viticulture onto the soil, dedicating 10 acres of land to plant grapes. His small parcel of space later became known as the Woburn Winery, an enterprise he built by hand. The operation took place between the early 1940s and 1970s in the Ivy Hill section of Mecklenburg County, VA, with Woburn Winery achieving two feats. The business is believed to be the only Virginia-based winery to manufacture its products through solely harvesting its own grapes and the only Black-owned winery in the country. Famously dubbed, “the Virginia Carolina Brand,” Lewis’ products graced the Wines & Vines Annual Directory, Issue 1960. Raisin Wine and Virginia Red Grape were the only two varieties produced by the Clarksville, Virginia winery.

It wasn’t until 1997 that we saw a significant shift in Black-owned wineries when Iris Rideau, who is of Creole heritage, started Rideau Vineyards in the Santa Ynez Valley. She became the first African American female winery owner in the United States. Another milestone for Black winemakers was also made in 1997 when Mac McDonald released the first vintage of Vision Cellars. McDonald, whose father was a Texas Moonshine maker, fell in love with a 1952 Burgundy wine at an early age, incentivizing him to one day replicate a wine like it. Additionally, McDonald founded the Association of African American Vintners (AAAV) in 2002. The nonprofit group was formed to tackle multiple objectives, including, developing community ties among African American vintners through informal networking and social events, enabling access to relevant viticulture resources, and fostering a spirit of diversity within the wine industry. The group currently boasts a roster of more than 30 members and considers countless other wine industry professionals and experts to be in their ranks as well. Rideau and McDonald, along with many others, helped create an environment where more Black winemakers are able to thrive in a white-dominated industry, prompting inclusivity and change.

As a new generation of African American winemakers takes the reins, Marcia Jones set an ambitious goal of increasing the number of American winemakers of African descent by 50 percent within the next decade. After the global Black Lives Matter protests, there’s been a surge in sales to support Black-owned wine businesses and vineyards, along with COVID-19 prompting more direct-to-consumer transactions. “I hope people are now saying ‘wow, Black people make good wine and I want to support that. I want to support diversity in the industry. I just don’t always want to have a glass of corporate wine.’” Jones said. “I honestly hope this is not just a one-time [Black Lives Matter] movement. I don’t think it will be.”
From the rolling plains of Oregon to the temperate climates of California, Black-owned wine labels are hitting the ground running. At Abbey Creek Vineyard, Oregon’s first Black vineyard owner and winemaker, Bertony Faustin started crafting his wines to savory perfection in 2008. The Williamette Valley bottlings are a diverse array of Chardonnay to late-harvest Gewurztraminer. Meanwhile, founder Chris Christensen opened Bodkin Wines in 2011, with the Sonoma, CA-based winery being the first to create sparkling Sauvignon Blanc in the U.S.